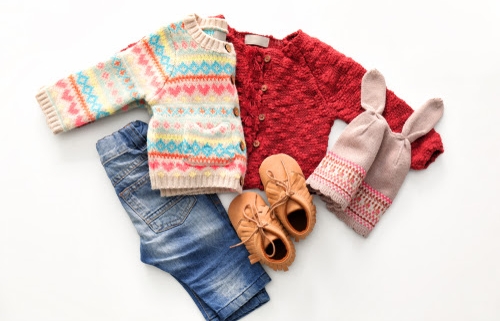 It makes parents crazy when their children only wear one type of shirt and pants, or refuse to wear underwear or anything on their feet.

The emotional or behavioral reactions spiral downward quickly. The level of stress in the entire family is palpable. From an external perspective, family and friends may question parenting skills. It’s often a no-win situation from every angle.

This is the first in a series of the stories illustrating the frustrations typical of many children and the parents we meet. END_OF_DOCUMENT_TOKEN_TO_BE_REPLACED 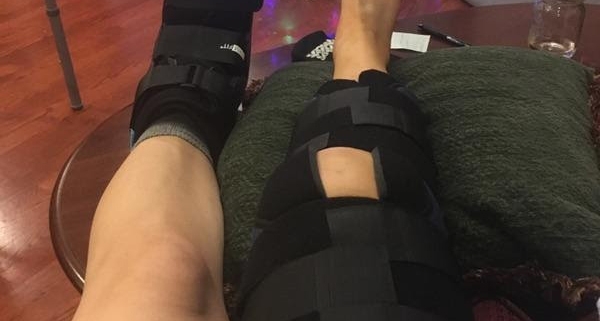 Sometimes our clients tell it best …

A client who sees us annually for a tune-up let us know she had fallen before the holidays. The freak fall fractured her lower right leg (tibia) and left foot, requiring surgery to repair her leg.

She has been doing the recommended rehab to regain strength and mobility. Although getting stronger, she felt like her foot was disconnected and unstable. Her knee was weak, and her balance was a little scary. Her walker was a constant companion. Her physical therapist told her moving more will help; it wasn’t.

Once healed and cleared to bear weight on her leg, she made it into our office hobbling along with her walker. In that visit we were able to help her put stabilization skills back together. (Stabilization is a background layer of function that provides control.) Her recovery took a huge jump forward.

The following email updates from her were a great way to start the week! END_OF_DOCUMENT_TOKEN_TO_BE_REPLACED 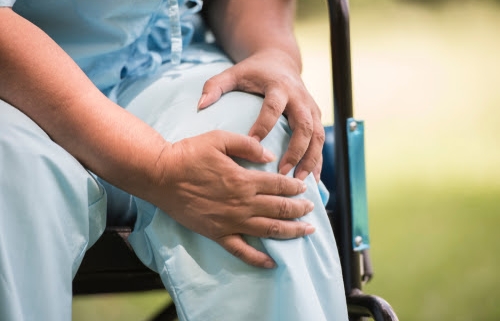 You’ve done what you were supposed to do to take care of your medical or structural condition. You did the prehab and rehab, and still have pain, stiffness, or really odd sensations.

These keep you from sleeping, feeling your best, and functioning at your best.

Read how Bridging was able to help a variety of clients get more from their recovery. END_OF_DOCUMENT_TOKEN_TO_BE_REPLACED 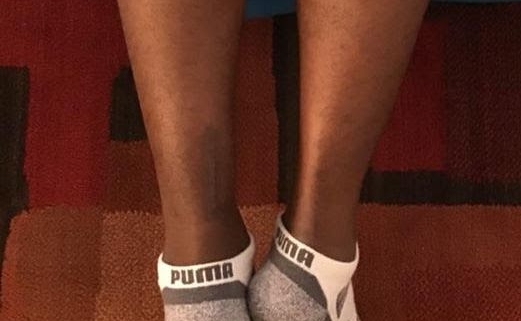 “Wow! – now my leg feels light!
The tightness in my ankle is gone; it’s moving like it used to!
And my calf muscle has some strength again!”

Last March, the high school track star landed his long jump but couldn’t get back up without pain.

Off to the emergency room. Torn Achilles tendon on the left leg. Surgery was required for repair. After weeks of rehab, he was cleared to run again in July. His ankle and leg didn’t feel right, so some additional physical therapy was prescribed to strengthen the leg. He was discharged with no restrictions in October.

With track season around the corner, Mom wanted to make sure his leg and core function was the best it could be. They scheduled an appointment at Kinetic Konnections in January. They were amazed at how much just one session helped with strength and flexibility! (The photo above is what we found to begin with.)

Accidents happen to even the most conditioned athletes. See how Bridging® was able to help.

Connecting details, and matching up the big picture

One of the most basic Bridging concepts following a surgery is to use gentle movement to restore movement flow through the affected area. By gently matching up the movement and flow within the affected area, the circulation, communication, and coordination on both sides are able to quickly re-establish themselves.

During our assessment we noted a lack of fluent movement available in the entire leg with the torn Achilles. Hip movement for rotating and extending was especially limited. These movements are essential to both running and absorbing the force of landing a jump. 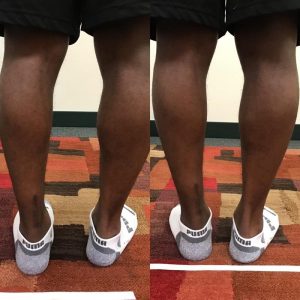 Should the legs match?

Just standing, it is easy to see how alignment and weight distribution are not the same between his left and right feet. (Left had surgery.)

After the session, the entire set of feet, ankles, and calves look more symmetric, and ready for running. 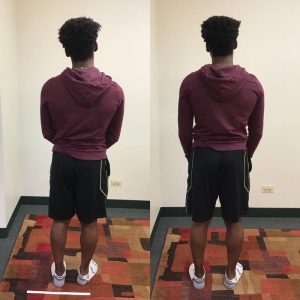 What about the core?

It was clear from the assessment, both visually and from a movement perspective, that his core was off center. This is likely due to compensations developed while on crutches and in a boot.

We began with re-centering movement in the core. Then we added the movement flow from the foot, ankle, and leg to his core.

Now his core can help with the run, take-off, and landing for the long jump. He even looks stronger!

Specific ways that Bridging speeds up your recovery

Some of the common issues you have after surgical injury repair and what the Bridging technique’s framework finds:

All of your compensations, and the complete set of ankle, leg, and core functions are taken into account and addressed with the Bridging technique used by Kinetic Konnections.

When you have a medical procedure done, let Kinetic Konnections be your next stop. All invasive procedures have some impact to the fluency of movement in your body. The stress created often translates into pain or tightness for you.